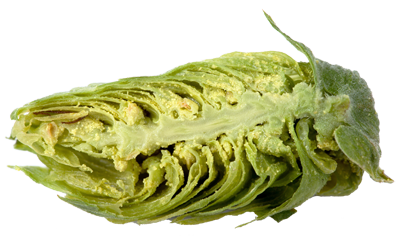 The Hallertau, Holledau or Hollerdau is the largest contiguous hop growing area in the world. It is located right in the middle of Bavaria and is roughly delimited by the cities of Ingolstadt, Kelheim, Landshut, Moosburg, Freising and Schrobenhausen. 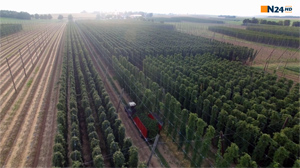 The Hallertau extends through the Bavarian governmental districts of Upper and Lower Bavaria in parts of the districts of Pfaffenhofen, Freising, Kelheim, Landshut and Eichstätt. An exact delimitation is not possible, since the connecting criterion is hop growing. Politically speaking, it probably roughly corresponds to the county of Mainburg. The total area of the Hallertau is about 2,400 km². It extends from east to west for a maximum of 65 km and from north to south is up to 50 km wide.

The southern limits of the Hallertau correspond to the municipal boundaries of Nandlstadt and Au in the Hallertau and the northern border is approximately the Danube. However, since the incorporation of the seal district Altmannstein, Hallertauer hops are also grown north of the Danube. The right tributaries of the Danube, the Paar, the Ilm, Abens, the Große Laaber and the Kleine Laaber flow through the area.

Geographically, the Hallertau belongs for the most part to the Danube-Isar hill country, which geologically speaking is tertiary hill country and was not covered in ice during the Pleistocene era. The uppermost sediments below the topsoil are freshwater deposits from the Miocene era.

Your contact person:
Martin Schmailzl
info@hopfenkontor.de
"It's sheer
madness to always
dry the hops
immediately after
harvesting them
and to expect beers
with decent hop
aromas."